YOURS TO OWN
AmazonBarnes and NobleBest BuyF.Y.E.TargetWalmart
Nothing is what it seems in this daring, futuristic movie event from legendary Director Peter Berg (Hancock) and Executive Producers Michael Taylor and Ronald D. Moore (Battlestar Galactica). Twelve extremely talented men and women have been chosen to be part of the Phaeton mission, a 10-year trek to explore a distant planetary system. In order to endure the stress of being confined to their high-tech vessel, the crew passes the time using advanced virtual reality modules that allow them to take on various identities. But as the ship approaches a critical phase of their journey, a deadly flaw is discovered in the virtual system, forcing them to question if someone onboard might be a killer. Starring Clea DuVall (Carnivále), Joy Bryant (Welcome Home Roscoe Jenkins), Sienna Guillory (Eragon), Ritchie Coster (The Dark Knight) and Nikolaj Coster-Waldau (Firewall), it’s a dazzling trip to unexplored reaches of outer space and the inner imagination that Maureen Ryan of the Chicago Tribune calls a “complex and intriguing film.” 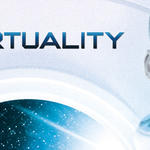