By diving into the Greta movie features straight from Universal Pictures Home Entertainment, viewers can take advantage of never-before-seen Greta extras and Greta behind-the-scenes sneak peeks. If you’re looking to see how the Greta cast and crew went about making a completely different kind of thriller, be sure to check out the exclusive, “Enemies and Friends,” in our Greta “Featurette” section.

According to Greta director Neil Jordan, his first impression of the movie’s script was that it was a highly efficient and enthralling Hollywood thriller. Although this could seem like a relatively standard analysis on the surface, Greta offers a unique take on the traditional thriller film formula. The difference? The narrative takes place among three women without the direct involvement of any male lead characters. 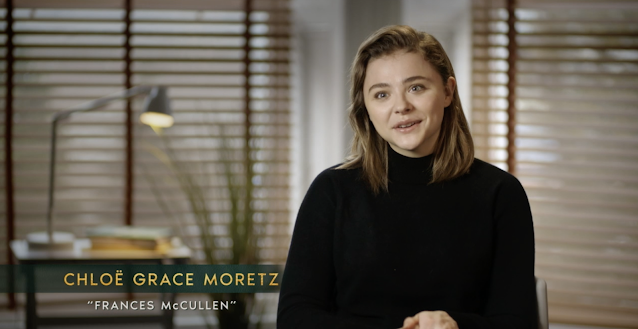 In the words of Greta actress, Chloe Grace Moretz, the movie stands out from the crowd because it is a “feminist thriller,” in which there is “a heroine, there’s the best friend … and there’s also the enemy.” As we take a closer look at the story of Greta, it becomes clear exactly who that enemy truly is—and it’s not who you’d expect.

On the surface, Greta is a kind and gentle widow, who quickly takes on a maternal role in lead heroine Frances’s life. After the recent passing of Frances’s mother, this is a role Greta had been seeking to fill, whether the film’s protagonist was conscious of it or not. However, when you view this Greta behind-the-scenes feature, it becomes clearer than ever that the divide between “enemies” and “friends” isn’t always as straightforward as one might expect.

Greta’s gentle and maternal facade falls apart abruptly when Frances is looking for a spare candle in the older woman’s home. It quickly becomes clear that Greta is a master manipulator and that she’s done this all before. Frances isn’t the first person she’s brought into her life with a false maternal relationship before using that blossoming bond to manipulate and mislead. In the past, it seems that the outcome of this routine has been largely the same. Greta’s carefully crafted persona is eventually dropped, and it comes time for this unsuspecting serial killer to end the life of her latest victim.

As soon as Frances discovers Greta’s true identity and intentions, the situation quickly spirals out of control. Rather than a male detective or father coming to Frances’ rescue, however, the film stays true to its feminist roots and takes a different approach. In the end, Frances is rescued by her best friend, ensuring her safety from Greta, once and for all.

From start to finish, Greta stands out as a movie that places its focus on three female characters. There’s no male back-up to jump in and save the day, even when the film reaches its dramatic climax and subsequent conclusion. Moretz, herself, says, “I think, in the end … Erica saving me and not having the detective save me is a twist that you don’t really see coming.”

To learn more about this unparalleled modern thriller and the creators behind it, make sure to check out the Greta extras and other Greta movie features from Universal Pictures Home Entertainment when you buy the movie on DVD, Digital, or Blu-rayTM*.