If there’s one thing you can count on the Bourne franchise to do, it’s to deliver some of the most exhilarating action you have ever seen put to film. There’s so much thought that is put into making each one of these set pieces what it is. Whether it’s a fist-fight or a high-speed chase, every scene in The Bourne Ultimatum continues to up the ante from its predecessors. This is most clearly seen in the stand-out sequence from the film when Bourne is being pursued across the rooftops of Tangier. By watching the extra, “Rooftop Pursuit,” under the “Making Of Featurettes” section, you’ll see how the crew executed this thrilling sequence in The Bourne Ultimatum.

While you’re watching this featurette, you’ll come to know the techniques that the camera crew used to capture some adrenaline-packed shots. As Matt Damon is sprinting from rooftop to rooftop, you can see a camera attached to a line following his every move. The crew couldn’t use a dolly because of the restrictions that came with filming on actual rooftops. The line, therefore, allowed the camera crew to get tracking shots of Matt Damon without having to worry about uneven surfaces or crowded spaces. 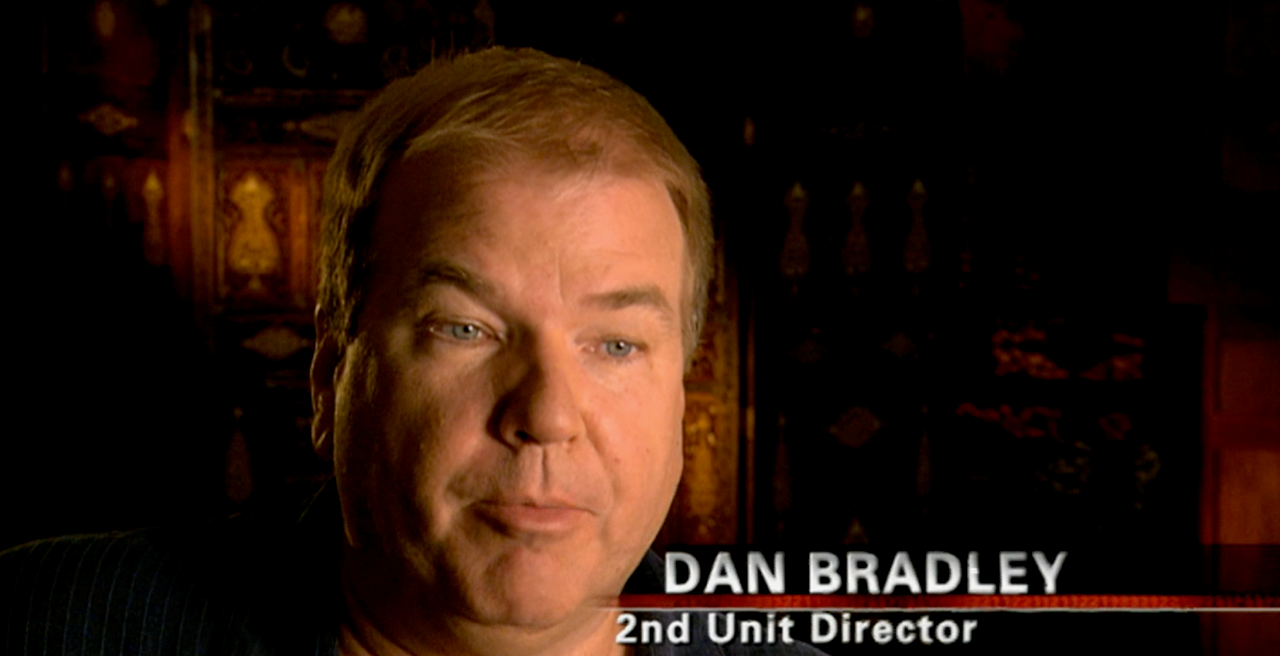 According to Dan Bradley, the 2nd unit director on The Bourne Ultimatum, “One of the bigger technical challenges of shooting in the medina though is that these cable cams required cranes with new towers of thousands of pounds of gear.” These towers were constructed to ensure that the crew was shooting above the town’s powerlines. If the camera were to get snagged, then everyone in the vicinity would lose power – and no one ever likes to lose power.

Another one of the challenges associated with production highlighted in this extra was making sure the integrity of each building held up throughout the duration of the chase. Instead of using a set, The Bourne Ultimatum crew decided to use pre-existing structures to film the scene. As you’ll hear in this exclusive, the cast and crew were shooting on brick and mud buildings made hundreds of years ago.

Obviously, the integrity of these buildings had weakened over time. With all the added weight of filmmaking equipment, this only made the structures potentially give out that much quicker. For example, the first unit team actually collapsed a floor while shooting the rooftop scene. Not to worry though - the cast and crew and everyone around were safe. Every possible measure was taken to ensure that this production was safe, so all the buildings and surrounding areas prior to filming were fully evacuated.

However, Jason Bourne wasn’t out of harm’s way just yet. In The Bourne Ultimatum, Bourne jumps off one of the rooftops and into a nearby window. It’s a quick scene, but one that required a whole lot of preparation. Instead of using the camera on the line for this scene, the crew wanted someone to follow the Matt Damon stand-in as he made the jump. To do this, the crew had one of the stuntmen hold a camera as he followed Bourne off the roof and in through the window.

All of these impressive techniques and amazing camerawork lent themselves to one of the most memorable scenes in the entirety of the Bourne franchise. You can continue to follow the action when you buy The Bourne Ultimatum on 4k Ultra HD, DVD, Digital, or Blu-rayTM. *

Like this article? Read more about the making of The Bourne Ultimatum here: