YOURS TO OWN
Amazon Barnes and Noble Best Buy F.Y.E. Target Walmart
Tony Curtis stars in 40 Pounds of Trouble in which a day at the park becomes a high speed adventure on the world's most exclusive movie set - Disneyland! After escaping from his greedy ex-wife in California, savvy Lake Tahoe hotel/casino manager Steve McClusky (Curtis) has had enough of women. His sabbatical is sabotaged, however, when hotel owner Bernie Friedman (Phil Silvers) orders him to chaperone the venue's new headliner, Friedman's beautiful niece Chris (Suzanne Pleshette). As if that's not enough, McClusky inherits a pint-sized problem in young Penny (Claire Wilcox), a five-year-old recently abandoned by her debt-ridden father. Soon charmed by his two charges, he risks crossing the Nevada border to take them to Disneyland. It's not long before the incognito trio is discovered by his ex's detectives and a wild chase through the park's attractions begins! With a superb cast, gorgeous scenery, and the distinction of being the first feature film ever to be shot in (and above) Disneyland, this irresistible romantic comedy is a treat for the whole family. 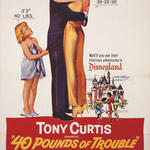 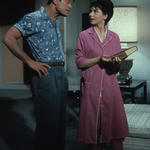 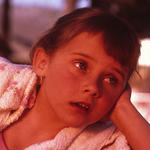 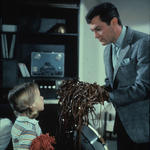 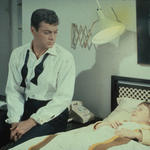 YOURS TO OWN
Amazon Barnes and Noble Best Buy F.Y.E. Target Walmart