YOURS TO OWN
AmazonBarnes and NobleBest BuyF.Y.E.TargetWalmart
Babe: Pig in the City:
Babe's kind and steady heart achieves miracles once again as he, Ferdy and Mrs. Hoggett travel to the city where they must turn enemies into friends and raise enough money to save the farm.

Beethoven's 5th:
When Sara takes Beethoven to spend summer vacation with wacky Uncle Freddie in an old mining town, the mischievous canine "digs up" the missing clue to a legendary hidden fortune.

Beethoven's Big Break:
When the lovable St. Bernard, Beethoven, crashes into Hollywood, he breaks sets, rules and into our hearts, in this howl-arious adventure starring Jonathan Silverman and Moises Arias.

Evan Almighty:
Steve Carell and Morgan Freeman star in this comedy that's a great time for everyone! When God instructs him to build an ark, Evan's life goes from overnight success to almighty mess!

The Adventures of Rocky and Bullwinkle:
This live-action adventure stars Robert DeNiro, Rene Russo and Jason Alexander and features everyone's favorite moose and squirrel in a fun-filled race to foil a scheme to destroy the world!

Ed:
In this hilarious comedy, Matt LeBlanc (Friends) plays a baseball rookie who teams up with a unique third baseman: Ed, a chimp who's the reigning champ of friendship and fly balls.

Flipper:
Dive into adventure with Paul Hogan and Elijah Wood in this action-packed family favorite about a boy (Wood) who becomes best mates with a feisty, orphaned dolphin named Flipper.

Two Brothers:
This heartwarming story follows playful twin tiger cubs through their carefree young lives in a jungle to their separation, reunion and remarkable adventure as they find their way back home. 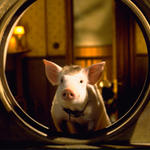 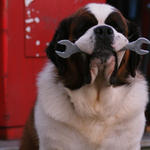 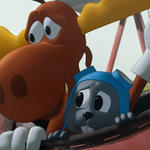 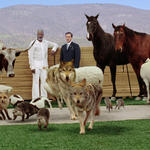 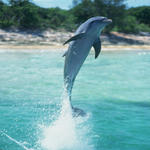 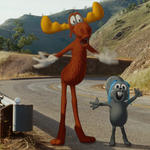 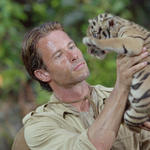 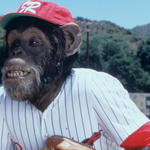