Watch it On Demand
AT&T UverseCoxDirecTV CinemaDish On DemandOptimumSpectrumVerizon FiosXfinity
Provocative, thrilling and sensual, Lust, Caution is the daring new film from acclaimed Academy Award®-winning director Ang Lee (Brokeback Mountain; Crouching Tiger, Hidden Dragon). Set against the backdrop of a transforming country, a young woman finds herself swept up in a radical plot to assassinate a ruthless and secretive intelligence agent. As she immerses herself in her role as a cosmopolitan seductress, she becomes entangled in a dangerous game of emotional intrigue, love and betrayal. 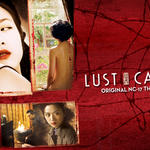 NC-17 - for some explicit sexuality.

YOURS TO OWN
AmazonBarnes and NobleBest BuyF.Y.E.TargetWalmart
Release Date:
February 19, 2008
Number of Discs:
1
Digital
Close