The minions have become beloved cartoon characters among audiences of all ages. Since Despicable Me emerged in 2010, the tiny yellow characters have been a fan favorite, charming everyone in their path. Their silly voices, made-up language, and ridiculous hijinks make them endlessly entertaining, and make for quality entertainment for the entire family. Since then, the fan favorites have achieved their own motion picture outside of the Despicable Me story.

The story of Minions follows the adorable minions as they get into more innocent trouble than ever before. In our Minions behind-the-scenes video, “Actors Studio,” you can learn all about how these adorable jellybeans came to life, and what makes them work. 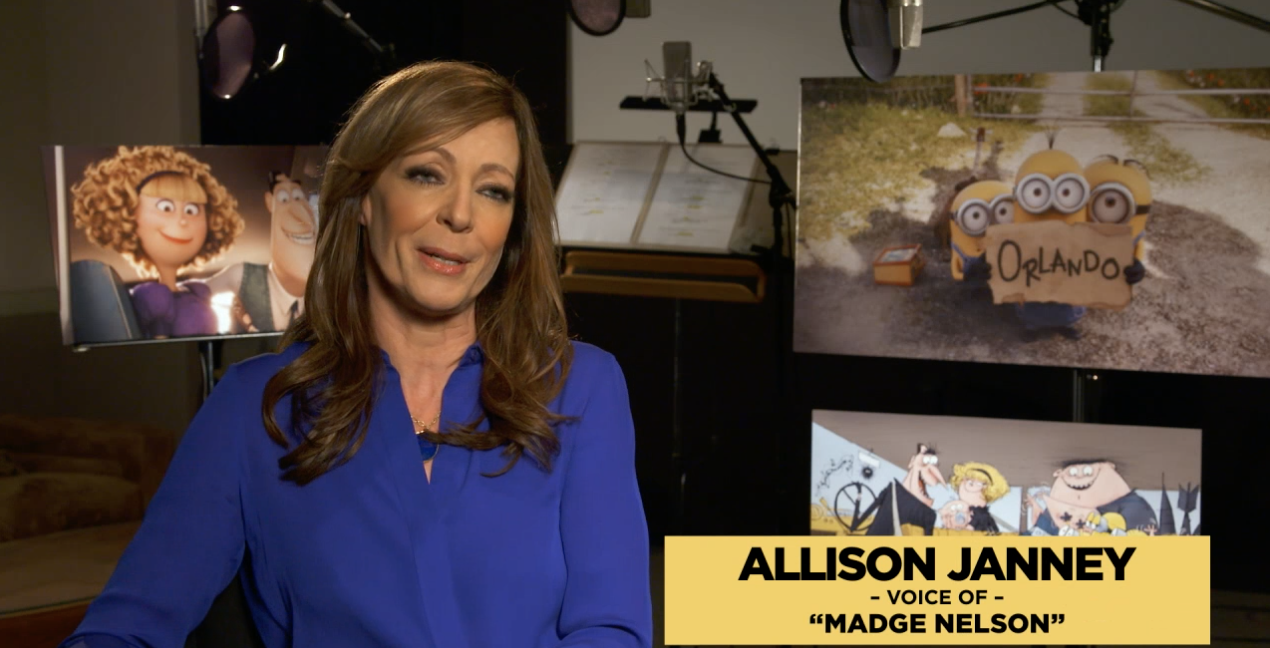 In this Minions extra, you can see how the actors brought the minions to life. Jon Hamm, Allison Janney, and Sandra Bullock, to name a few, discuss their experiences creating the voices for the Minions movie. Though each of them played a different role, they all had similar and overwhelmingly positive experiences with the film. All three of them expressed how they loved spending time with the minion characters and felt like each of the fictitious blobs felt like a personal friend. Allison Janney even says, “They are actually some of the nicest actors I’ve worked with in my career.”

Though these actors are well known, and have accomplished a great deal in Hollywood, they are still deeply charmed by a simple, child-oriented character. This is a great testament to the development of the minions, and a sign that there is truly something special about them.

In our Minions featurette, it is clear that the minions have the capacity to make people of all ages laugh. There are several shots of various producers, actors, and directors on set laughing at the silly scenarios that the minions find themselves in. Though this Minions behind-the-scenes content focuses on a few key actors, there is a definite air of camaraderie on set, and a bond created by being part of Minions. It is also exciting and insightful to see the actors at work, and to put a real face to the cartoon that each of them plays.

Though it is unlikely that you will glean any deep and philosophical life lessons from Minions, this Minions extra will likely make you consider something new about this whimsical favorite. For example, Jon Hamm points out the fact that the minions wear nothing but overalls, which raises some questions you may not have considered. In the clip, he notes that generally the straps of overalls hang on the shoulders, but since the minions don’t have any shoulders, what’s holding up their overalls? Though this question probably won’t keep you up at night (hopefully), it will probably give you something to think about next time you see a minion and may add a new level of whimsy to your viewing experience. Posing the question to your kids might provide for a lively dinnertime conversation that they are unlikely to forget for months to come.

Don’t miss out on our exclusive Minions extras, including interviews, behind the scenes footage, unique insights, and more. To access the content, purchase Minions on 4k Ultra HD, Blu-rayTM, DVD, or Digital.*

*Bonus features are only available at select digital retailers. Check the retailer for details