Unless there was a time machine like the DeLorean from Back to the Future, there was no way the Jurassic Park team was going to recreate prehistoric times. However, with some ingenuity and imagination, director Steven Spielberg and his team were able to bring back dinosaurs in a rather convincing manner. Jurassic Park made history, or should we say ‘prehistory,’ come to life on the big screen. Be sure to check out the featurette, “Return to JURASSIC PARK: Making Prehistory,” in our “Extras” section to find out how the presumably extinct dinosaurs started to roam the Earth once again in 1993. 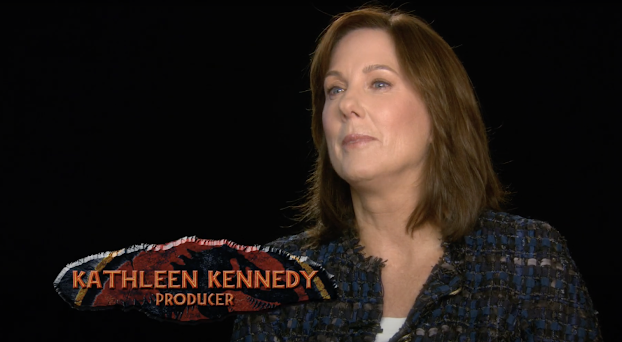 While watching this Jurassic Park exclusive, you’ll see that many of the scenes were shot on stages rather than on-site locations. Obviously, when you’re making a movie that involves huge animatronic dinosaurs, it is going to require a controlled environment. Kathleen Kennedy, producer of Jurassic Park, says “There’s no question with a movie like Jurassic Park – eventually, you’re going to have to be on stages. It’s just impossible to have these huge, huge pieces of equipment, and you need the infrastructure in place to keep them going.”

As you’ll see, the first encounter with the T-Rex was not actually filmed on-location. Rather, the entirety of the scene was shot on a set. It makes sense, considering that the crew had to operate a massive T-Rex animatronic and lay out the track for the Jurassic Park vans to move on. This would have been quite difficult to do if the scene was shot in a real-life jungle. There’s just too much to consider when it comes to filming amongst the elements. On a stage, however, everything can be manipulated accordingly.

Since the crew had both a realistic and controllable environment to shoot in, the Jurassic Park team also made it a priority to have authentic models of dinosaurs. To do this, the crew found the perfect marriage between computer-generated and practical effects. During this extra, you’ll see that Steven Spielberg mapped out every shot of the film with storyboards and stop-motion mock-ups of the scenes. All of this planning was used as reference while Jurassic Park was being filmed. It helped the animatronic handlers move their respective dinosaur in the correct manner; and, it gave the camera operators an idea of how their scene was meant to be shot. This meticulousness really brings the audience into Jurassic Park and makes them believe that these dinosaurs are real. 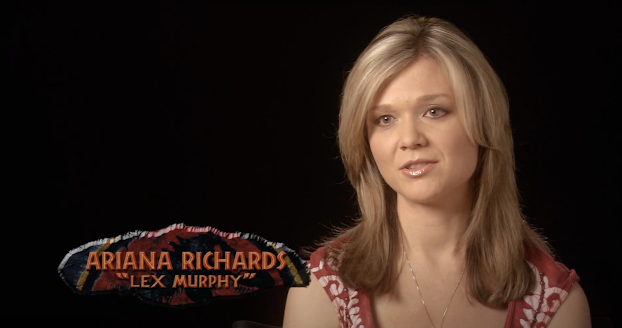 The magic of filmmaking doesn’t just stop there. When you’re watching this featurette, you’ll come to know the kind of effect that these dinosaurs had on the cast. Being on-set with these animatronics is an experience unlike any other. Ariana Richards, who played Lex Murphy in the film, says “Seeing the T-Rex for the first time – wow! I mean… what an impact. The size of the teeth, the way the eyes can move. It was incredible.” Many people, whether they were a part of this production or not, can probably say they had a similar reaction upon seeing the dinosaur for the first time.

This just goes to show how the puppetry, effects, and research all brought the Jurassic period to life in the twentieth century. Steven Spielberg and his amazing team have truly created a movie that still captures the curiosity and imagination of people all around the world. Thanks to them, many of those individuals can say that they have seen a real-life dinosaur with their very own eyes.

Relive the adventure of Jurassic Park all over again when you buy the movie on DVD, Digital, or Blu-rayTM*.