"The Brilliance of Julian Fellowes" Featurette

As if watching the Crawley family in their first theatrical feature wasn’t enough, you also get access to a collection of behind-the-scenes content from the making of Downton Abbey. In our "Featurettes" section, be sure to check out "The Brilliance of Julian Fellowes," in which the cast and crew talk about how Julian Fellowes, the writer and producer of Downton Abbey, successfully brought the TV show to life on the big screen.

Downton Abbey, if you didn’t already know, was a TV show that ran from 2010 to 2015. During this time, the show received rave reviews from critics and garnered quite a fanbase. With its critical and commercial successes, it was only a matter of time when Downton Abbey was made into a movie. Who better to be one of the people at the helm of such a project than series creator, Julian Fellowes?

Adapting a TV show to the big-screen can prove to be a challenge for many people, but Julian Fellowes made sure that Downton Abbey did not forget the series’ roots. In this exclusive content, Michelle Dockery, who plays Lady Mary in the movie, says that Julian Fellowes “did such a brilliant job of making the film an extension of the show while raising the stakes.” Downton Abbey is essentially another season of the show, but condensed to the length of a feature film. No matter the runtime, Downton Abbey is truly better than it has ever been.

As you will see in our behind-the-scenes content, getting all the show’s characters to be engaged in a story was a tough feat to manage. The crew didn’t have an entire season to explore different plot points or flesh out new characters. However, it was an obstacle that Julian Fellowes accomplished nonetheless. Alastair Bruce, the Historical Advisor for Downton Abbey, says “Julian is so brilliant at carrying so many different stories.”

You truly get a sense of each character's motivations and arcs throughout the movie. Never once does the film sideline a character in order to focus on another. As you can see, everyone is given the spotlight they so rightfully deserve. 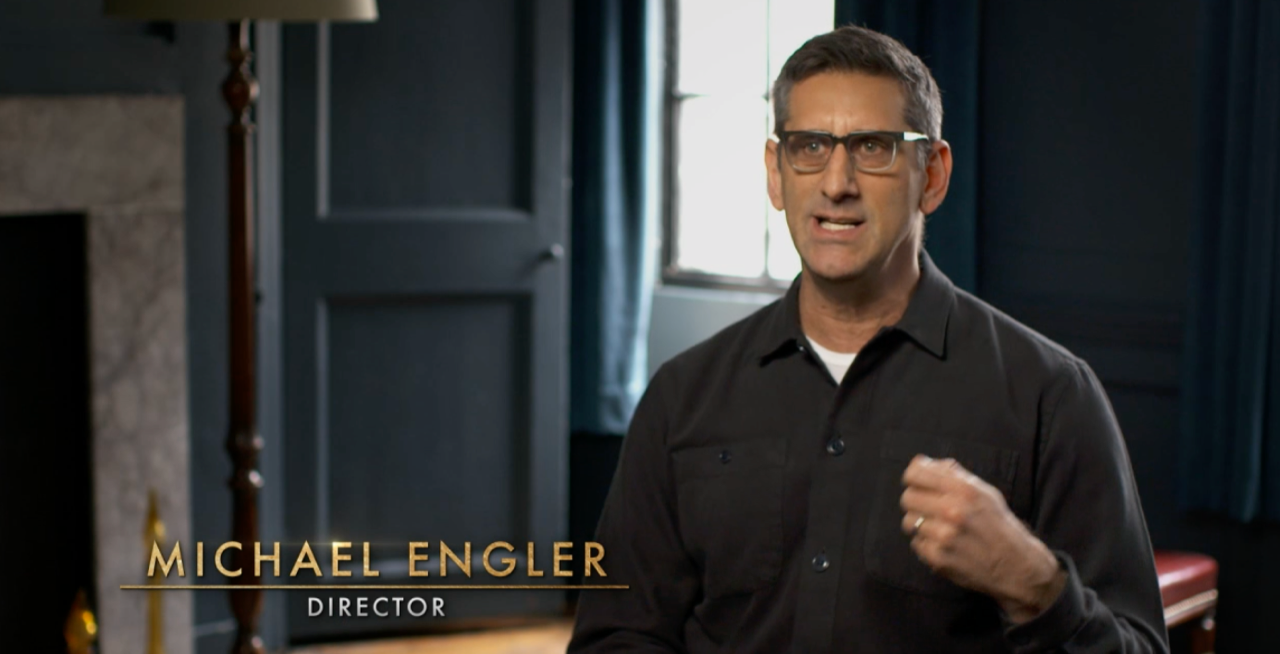 While watching this featurette, you’ll find that the message Julian Fellowes was telling was woven throughout the entirety of the film. “Whether you’re a scullery maid or lord of the manor," Director Michael Engler says, “they can succeed or fail or be noble or be foolish.” Each and every character in Downton Abbey, no matter who they are, has their own story to tell. This is what Julian Fellowes captured in both his show and movie, proving just how brilliant he actually is.

Watch more Downton Abbey bonus videos and other exclusive content when you buy the movie on DVD, Digital, or Blu-rayTM*.