When the last season of Downton Abbey ended in 2015, many people thought that it was the end, and rightfully so. There was absolutely no indiciation that the story would pick up again. However, when 2019 came around, the story of the Crawley family continued. This time, though, on the big-screen, and now, in your home.

Watch all of the exclusive content that Downton Abbey has to offer in the "Featurettes" section of our behind-the-scenes extras. Feel the excitement of returning to Downton after so many years in the video, "Welcome to Downton Abbey." Watch as the cast and crew talk about their experiences returning to Highclere Castle and playing their roles once again.

When Downton Abbey came to its presumed conclusion, just imagine how the cast and crew felt as production wrapped for the last time. Now, think of their reaction when they found out that Downton Abbey was coming back for a movie. Michelle Dockery, who plays Lady Mary, explains it the best when she says, “It felt like it was the end. And, we all feel quite silly now for getting really emotional because we came back three years later.”

As you’ll learn while watching this featurette, the aspect that the Downton Abbey cast and crew were most excited to come back to was Highclere Castle. Elizabeth McGovern, who plays Cora Crawley, talks about the thrill of driving up the drive way of the massive estate and looking out over the horizon.

The crew, themselves, were ready to capitalize on all the lush landscape and beautiful architecture. Producer Gareth Neame says that “this film has some of the most magical shots of Downton Abbey we’ve ever seen.” In this extra, you can see that the camera crew are using drones to get an almost bird’s eye view of the rolling farmland and vibrant green hills that surround the massive Crawley estate.

You can pause the movie at any time and the frame you land on will seem like a painting – that’s how beautiful the cinematography is. Having Downton Abbey on the big screen really gives the audience a much wider scope of the castle. If you thought Downton looked big on the TV screen, then you're in for a massive surprise! 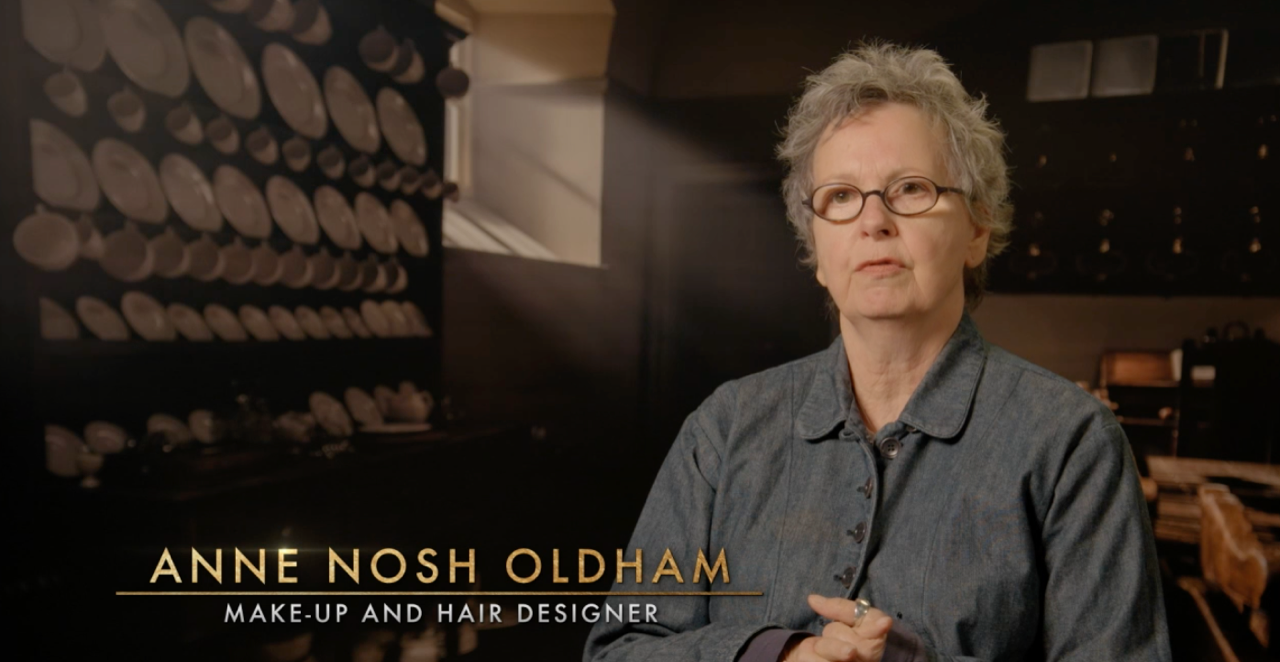 Highclere Castle has actually become a character itself, according to Make-Up and Hair Designer, Anne Nosh Oldham. For everyone involved, it was important to return to the place where the iconic property began. Now that they were working with a bigger budget and higher-quality cameras, the team was able to show off more of the house that they never were able to before. From the dining room to the French drawing room, each unique and lavish room in the castle was showcased in all of its beauty and grandeur.

To get these shots, the crew welcomed a new member– Ben Smith, Director of Photography, to the Downton Abbey family. In order for the scenes to be scaled up cinematically, Director Michael Engler and production designer Donal Woods unanimously agree that Smith brought an artistic and creative eye to each scene shot for Downton Abbey.

So much effort was put in to this film to make it a completely different experience from the TV show. You can continue to watch exclusive content like this when you buy the movie on DVD, Digital, or Blu-rayTM*.