You’ll truly feel like royalty with all the features and exclusives that Downton Abbey comes with. All of these amazing extras can be found in the "Featurettes" section of our behind-the-scenes content. If you’re curious to see how Downton Abbey was made, be our guest and enjoy “The Royal Visit,” as the cast and crew share how the movie’s ambitious story came to be on and behind the camera.

As you probably already know, the plot is one of the most important parts of any movie. It is essentially the foundation for the entire production, and without it, there wouldn’t be a film to make. Downton Abbey is no different, as the people making the motion picture wanted to tell a story that was worth sharing with the audience. The King and Queen of England coming to stay at Downton is certainly a must-see continuation for any fan of the series.

Since Downton Abbey takes place in the twentieth century, the crew wanted to make the movie as authentic as possible to that time period. Even though it’s something you wouldn’t expect, the King and Queen actually did invite themselves to other aristocratic estates. According to Alastair Bruce, the Historical Advisor for the film, “It was a sort of familial duty to provide a place to stay.” Being that they are a part of the aristocracy themselves, the Crawley family of course wants to impress their visitors.

As you will see in this exclusive featurette, the characters had to be at the top of their game to impress the King and Queen. Hugh Bonneville, who plays Robert Crawley in Downton Abbey, says that “Of a course a family like the Crawleys, who are probably older than royalty itself, want to make it appear as though it’s just like water off a duck’s back.” However, that is exactly the opposite of how the Crawleys reacted to the news.

During this exclusive, you will see just how much effort was put into making the Downton estate presentable for royalty – from redecorating the inside of the castle to shining every last utensil and dish. Honestly, you would probably do the same if the King and Queen were coming to your house for a visit. 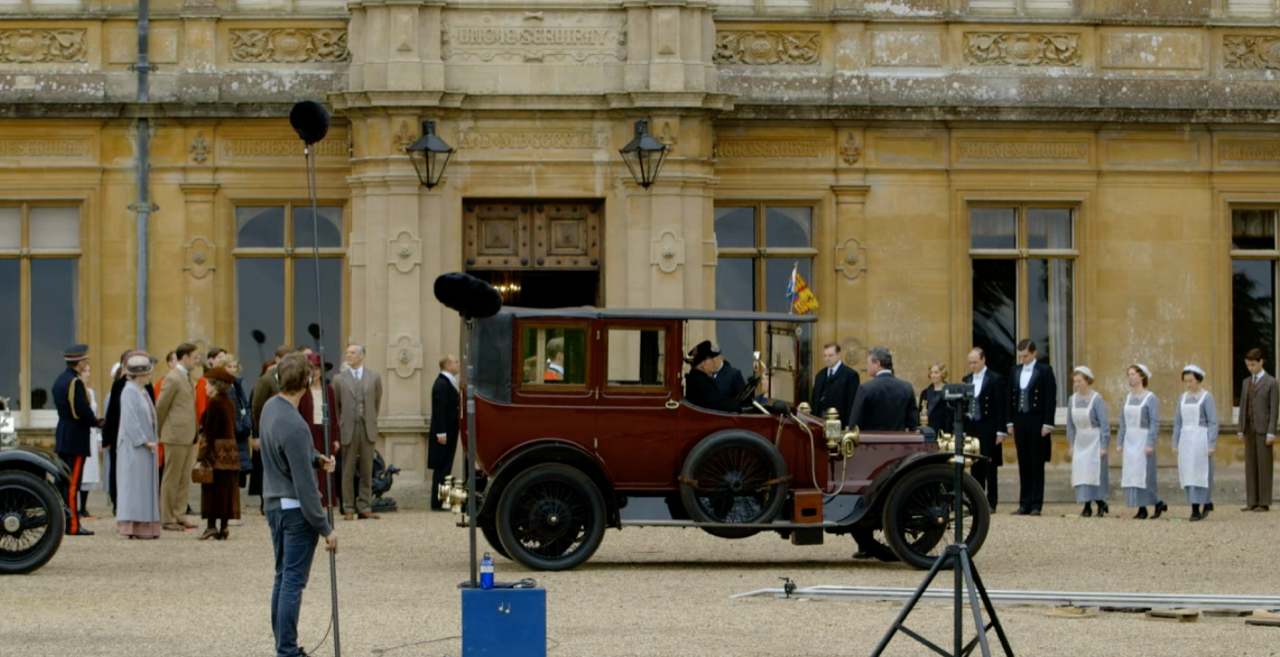 Keeping with the story’s authenticity, the crew also had to make sure that the scene when the King and Queen arrived at Downton was as accurate as possible. You may think that when you stand in front of royalty, the proper thing to do would be to bow or curtsey. However, there is so much more than that, and as Director Michael Engler says, “There’s a lot of protocol to be attended to that was like a big piece of choreography.”

As you can see, this behind-the-scenes look really delves into all the measures the cast and crew took to ensure that Downton Abbey was fit for a royal visit. There is so much more to learn and see while watching these Downton Abbey features and exclusives. Luckily for you, you can watch several other bonus videos and extras when you buy the movie on DVD, Digital, or Blu-rayTM*.