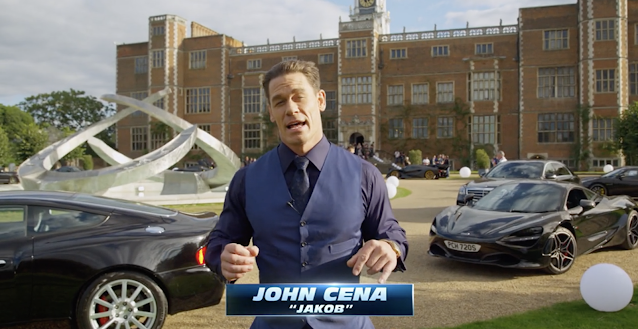 Whether you’re a car fanatic or just a superfan of the Fast & Furious universe, you can’t afford to miss out on the unforgettable F9: The Fast Saga extras, especially the featurette, “John Cena: Supercar Superfan” in our “Featurettes” section. This addition to the F9: The Fast Saga features is an interview with franchise superfan-turned-Fast star, John Cena.

Cena has never hidden the fact that he’s crazy about cars. He’s a proud collector himself and is always ready to share his knowledge with those around him. If you’re interested in learning more about some of the cars featured in F9: The Fast Saga, Cena is a great source for some insider information.

For example, did you know that the ultimate supercar offered by Ferrari is known simply as “The Ferrari”? From its mid-engine V12 to sleek butterfly doors, it’s no surprise that Cena is excited to share what he knows about this high-speed vehicle. In fact, this car is such a masterpiece that Cena opts to keep his distance during the video segment. For good reason, too—it’s important that the Ferrari stays in pristine condition for the shooting of F9: The Fast Saga.

Stepping even further into the F9: The Fast Saga set, you’ll quickly discover just how significant a role Lamborghini has played in the film series. In fact, you’ll find several luxurious examples of some of the car manufacturer's best parked in various places on-set. This includes the manufacturer’s 25th anniversary vehicle, as well as other Lamborghini milestones like the Aventador.

Next, Cena reveals that to film the action so central to a Fast & Furious film, the creators needed to locate a supercar without traction control. The Noble M600 is the source of many of the traction-free stunts viewers will witness on the big screen. As impressive as all the Fast & Furious cars are, the feats that the Noble M600 can perform are unmatched by even the most expensive of the other vehicles on-set.

Similarly, cars like the Apollo IE are so rare that even Cena isn’t familiar with them—and as an admitted supercar junkie, that’s saying quite a bit. However, whether you love to watch classic muscle or modern, unique supercars, you’re in luck. Cena reveals both will be featured on the big screen in F9: The Fast Saga. 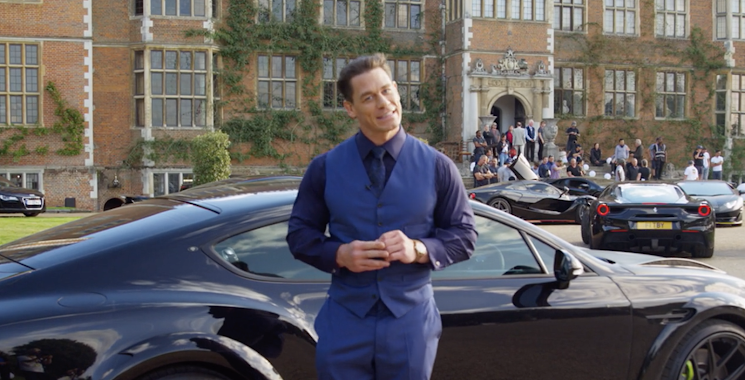 Cena doesn’t take his experiences with the Fast & Furious franchise for granted. As much as he loves his profession, it’s made even better when he can incorporate another one of his greatest passions. According to Cena, “In the rare circumstance I get to combine a passion of mine—car culture—with my actual job, I can still call it work.”