If you’re interested in learning all about what makes F9: The Fast Saga the exciting and action-packed film it became, check out Universal Pictures Home Entertainment’s F9: The Fast Saga extras, including F9: The Fast Saga behind-the-scenes interviews and videos. By watching the “Justice for Han” exclusive in our “Featurettes” section, fans of the franchise from around the world can get an up-close look into what it took to bring this chapter of the saga to the big screen.

The franchise is well known for its intense action and its ability to keep viewers perched on the edge of their seats. This installment is no exception, crafting many unexpected twists and turns, along with plenty of action. However, one of the series’ best features is its interesting, highly developed characters. Despite their rich histories and intriguing traits, some of the series’ most beloved characters only appeared in a single film. Others, on the other hand, have played key roles across the franchise’s larger narrative, appearing time and time again.

Thus, to continue developing the greater mythology of the Fast & Furious universe, F9: The Fast Saga must revisit characters that viewers wouldn’t have expected to see return. Fans may even see characters previously presumed dead. It turns out that no one is off limits for a surprise return to Fast & Furious, including Han. 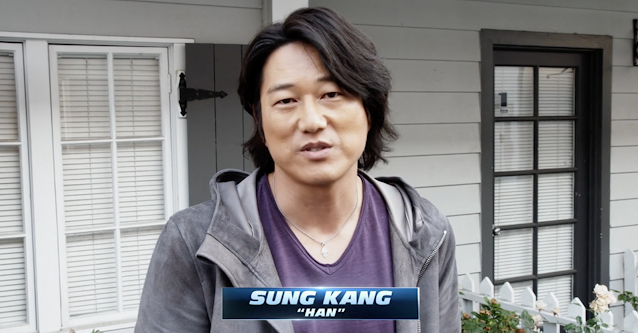 Han, portrayed on-screen by Sung Kang, is a much-loved character in the Fast & Furious universe. He’s so beloved, in fact, that the fandom erupted after witnessing how his story ended. After experiencing the fan outcry, including the fan-led “Justice for Han” campaign, the creators of F9: The Fast Saga decided that it was time for Han to make his big return. The best part? Viewers were caught largely by surprise.

To bring Han back into the world of Fast & Furious, of course, the film’s writers and creators had to fill in some important gaps. They had to determine where Han had spent his time since he last appeared in a Fast & Furious film, and why the other characters were unaware of his whereabouts. Creators knew Han couldn’t be brought back without a reason, and it was critical that reason contributed to the Fast & Furious mythology.

Justin Lin, the director of F9: The Fast Saga, spoke about the return of Han in this extra, saying “As a filmmaker, I think part of the saga is trying to push ourselves and sometimes putting ourselves in uncomfortable positions… and that’s great.” Although a plot twist as dramatic as Han’s return might not have been “comfortable” for the creators, it was a turn well worth taking for Han’s devoted fans.

Not only will the franchise’s fans get to see a character they love return to the story, but the actors were similarly fortunate in that they were able to continue working with a close friend. Kang made a lasting mark on the set of Fast & Furious. In the series’ ninth installment, cast and crew alike were eager to see him return and continue working alongside such a beloved character.