To develop a character over the course of the Fast & Furious saga, the films’ creators were tasked with tackling the ideas of growth and aging, as well as how those two factors play into one another. A great filmmaker realizes that well-developed, deep characters should not make the same decisions or act exactly as they did at the franchise’s inception—especially by the film’s ninth installment.

When fans dive into F9: The Fast Saga, they’ll get a clear picture of what has gone into developing Dom’s character over the course of the saga. To learn more about Dom and how becoming a father has impacted his story in Fast & Furious, don’t miss out on the video, “Shifting Priorities,” in our “Featurettes” section.

The feature looks at Dom’s family tree and shows how he became the man he is today. In it, the impact Dom’s father has had on his life and actions becomes clearer than ever before. Viewers learn that Dom and his father had a strong bond as he was growing up, and that it was he who influenced Dom’s passion for cars and racing.

F9: The Fast Saga explores an important parallel that comes into play over the course of the film. By now, Dom himself is a father. After becoming a dad, the course of Dom’s life begins to take an entirely different path. Viewers can see how Dom’s priorities shift, and how his son becomes the central point of his life. Dom now bases his decisions on what he believes would be best for his son, ensuring that he and his young son have a strong bond just like he did with his own dad. 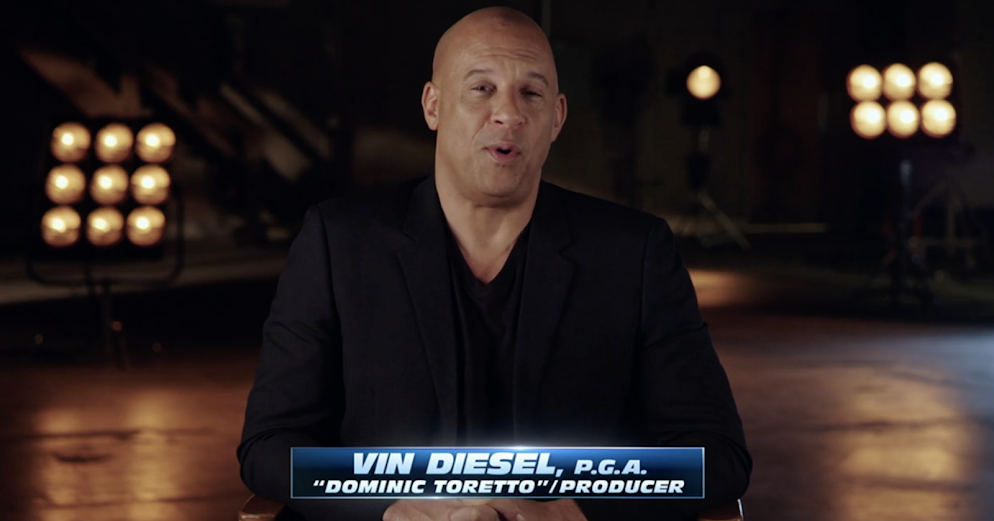 As is so often the case, art imitates life. Vin Diesel became a father during the shooting of Fast & Furious, which has influenced the direction and development of his character. According to Justin Lin, the director of both Fast & Furious and F9: The Fast Saga, “I remember distinctly that turning point and how it affected Vin, but also how that affected the way we were portraying Dom.”

When someone has a child, the stakes become higher and priorities shift accordingly. This is an idea any parent can identify with, even when they’re viewing a character in a film. Dom’s identity as a father is an important way for viewers to connect with his character and better understand his motivations over the course of the saga.

To learn more about the cast and characters of F9: The Fast Saga, including Dom and his development, take advantage of the F9: The Fast Saga extras recently released by Universal Pictures Home Entertainment. You’ll find F9: The Fast Saga behind-the-scenes content and other F9: The Fast Saga features that reveal character history, special effects secrets, actor and director insights, and more when you buy the movie on 4k Ultra HD, DVD, Digital, or Blu-rayTM*.