The cast of Little had a lot of unique challenges while filming the movie. The idea of the film centers around a tyrannical boss being turned back into a child. The boss’s assistant then has to not only deal with her boss’s demeanor, but the fact that her boss is now in the body of a child as well. In our Little behind-the-scenes video “Black Momma Whuppin’ Situation”, the cast talks about a pivotal scene in which the two characters get into a physical altercation.

In this Little extras, the cast goes into the details of this fight scene. The movie is ultimately a comedy, so the fight choreography is not meant to be overly fanciful or even particularly impressive. Rather, it is supposed to be a heightened comedic scene where the audience can laugh at the absurdity of a grown woman fighting a child – particularly where the child is a middle-aged woman trapped in the body of the child.

During this video in our Little bonus feature, Issa Rae and Marsai Martin discuss filming the scene. There is a debate between them about who “won” the fight scene, as in the end there isn’t really a clear winner. Of course, Marsai Martin believes that she won the fight using a lot of maneuvers that were choreographed for her small body. Issa Rae, however, believes that the moves constitute cheating in the realm of fights. However, as the Little bonus feature points out, in the world of cinema fighting, there really aren’t any rules that have to be followed, especially when one of the fighters is a small girl. 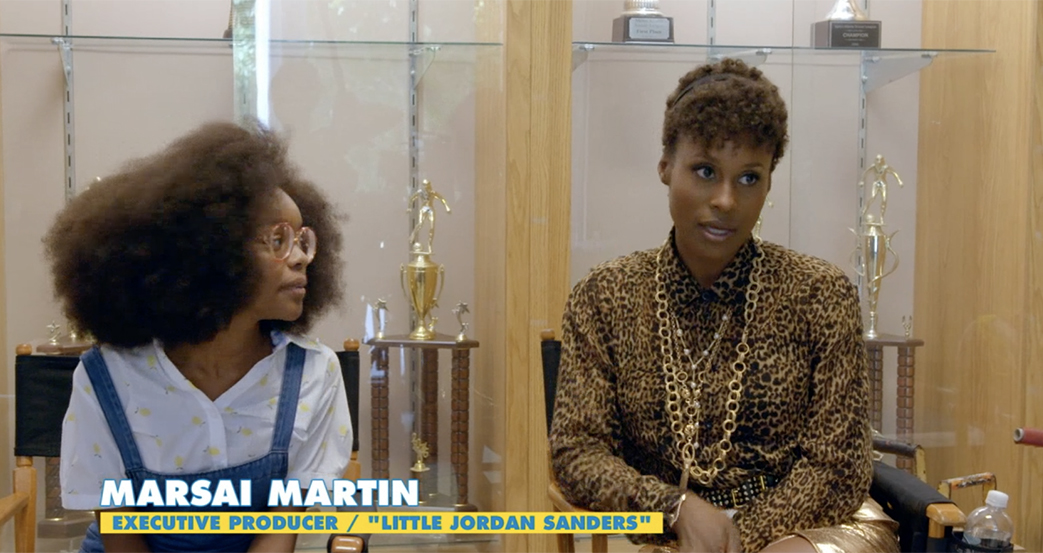 Perhaps the most interesting aspect of this particular Little behind-the-scenes video is the way in which the moves were created for Marsai Martin’s small body. Because her character has returned to a young age, the fight choreographers wanted to give Marsai some moves that a middle-aged woman would want to try if she suddenly had a body and energy that could accommodate stunts. Most of us over the age of 18 can’t do flips or high kicks, but would probably attempt them if we suddenly had our 13-year-old bodies again. This clever inspiration for the fight choreography really helps add both comedy and depth to the fight scene and gives Martin’s character a bit more depth.

This Little behind-the-scenes extra also conveys the attitude that the team had on set. Obviously, there is a lot of fun and comedy to be had with this plot, and it seems that the cast really made the most of that. They goof around on set and try to make each other laugh. In fact, there is a significant amount of footage of the actors breaking character during filming to laugh at the absurdity of the situation. This is the kind of behind-the-scenes content that fans of Little will really love, and will bring added appreciation of the movie.

For this and other exclusive content about Little, purchase the movie on 4K Ultra HD, Blu-rayTM, DVD, or Digital.*

*Bonus features on Digital movies are only available at select digital retailers. Check the retailer for details.

Like this article? Read more about the making of Little here: